Order Vegging Out by Richard Church 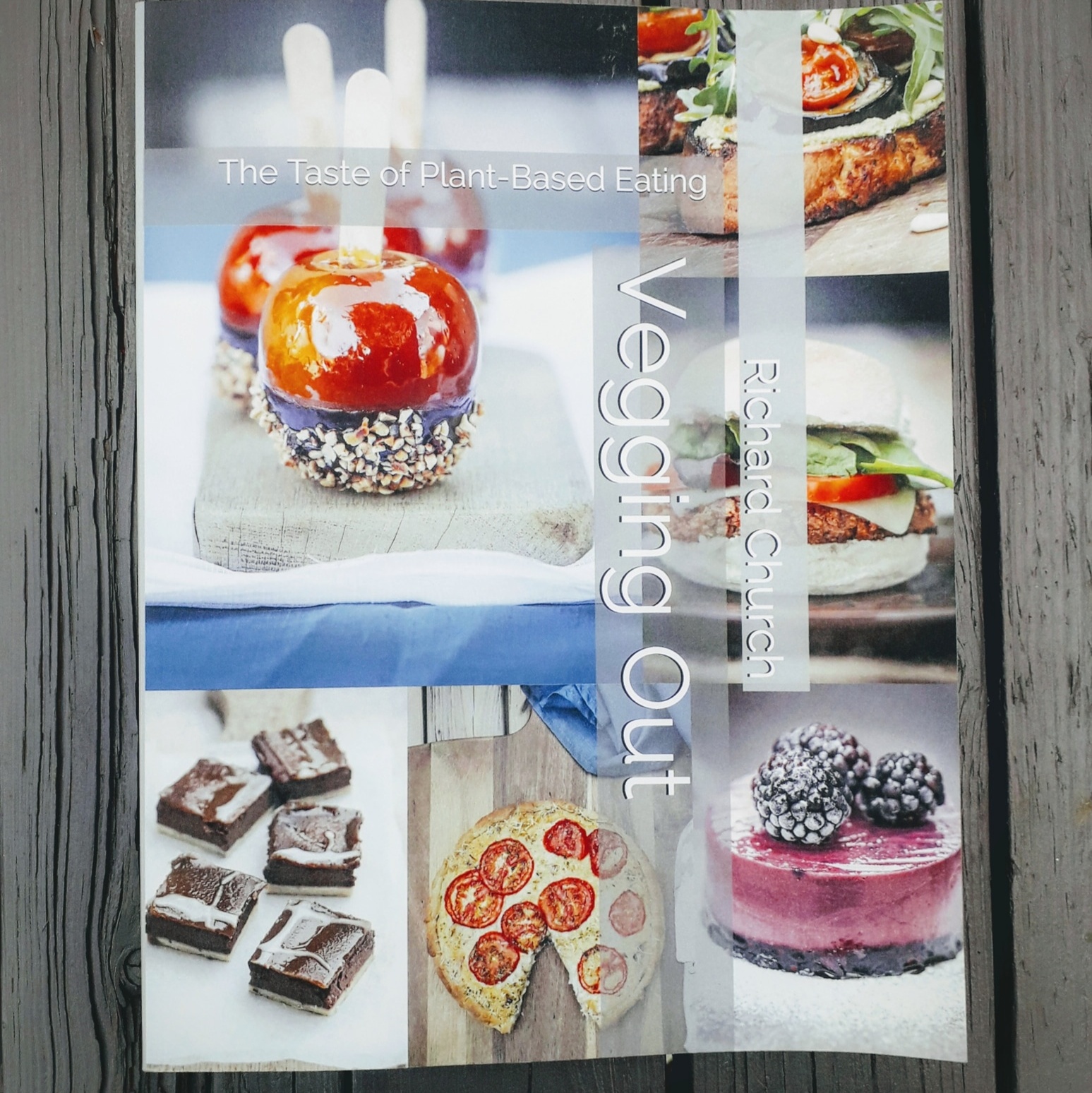 Wholemeal bread has always been one of those foods that’s easier to buy than it is to make. Wholemeal flour is denser that its processed counterpart and, as such, is trickier to get a light bread from. I’ve long since given up the idea of 100% whole wheat in my breadmaking, so now I opt for about a quarter of strong white bread flour mixed in with the whole wheat batch. This 1:4 ratio is enough to get the gluten doing its job and give you the lift you need, at least when baking at home. Purists may scoff at my approach (though my wife in one such purist and she loves my bread), but this method works.
Other than this, I use all the same techniques for making this bread. I do give it longer to prove than I would with white bread, just to ensure that it has risen properly before baking it. The platting can be a little tricky if you haven’t done it before. It had been a few years since I’d attempted it before making this one, so I had to undo it and start again. I’m sure if you’re used to platting hair, then this will be a breeze. Just remember to tuck it in at each end to round it off before cooking. This recipe makes a large loaf, so you can always half the ingredients if you want something smaller.

Prep time: about 3 hours, most of which is proving time. Cooking time: 35 minutes.
Makes 1 large loaf.

Method:
Put the yeast and sugar into a cup and add a little (about 50ml) of the tepid water. Stir with a spoon or fork until quite well blended, then leave aside for 15 minutes. During this time the yeast will activate and create a thick foam in the cup.
While the yeast is activating, put both flours, the salt and most of the mixed seeds into a large mixing bowl and combine with a spoon until fully amalgamated. Make a well in the centre and pour in the yeast foam. Add the water and then bring it all together using a dinner knife. Once it is sufficiently mixed, use your hands to knead it into a ball, then tip it out onto a floured surface and knead fully for about 10 minutes, until the dough has some elasticity. 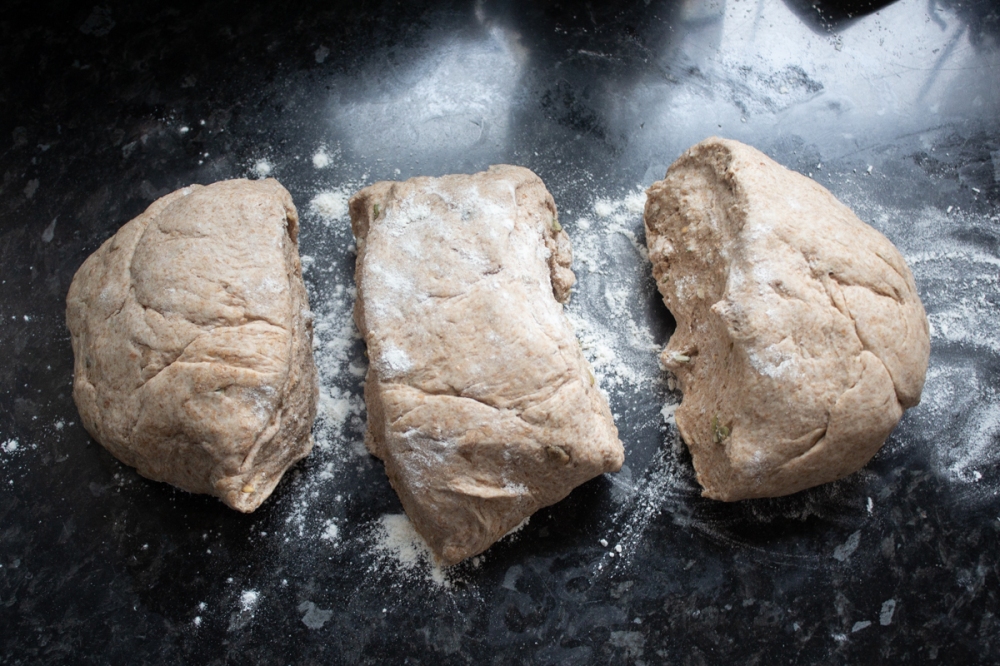 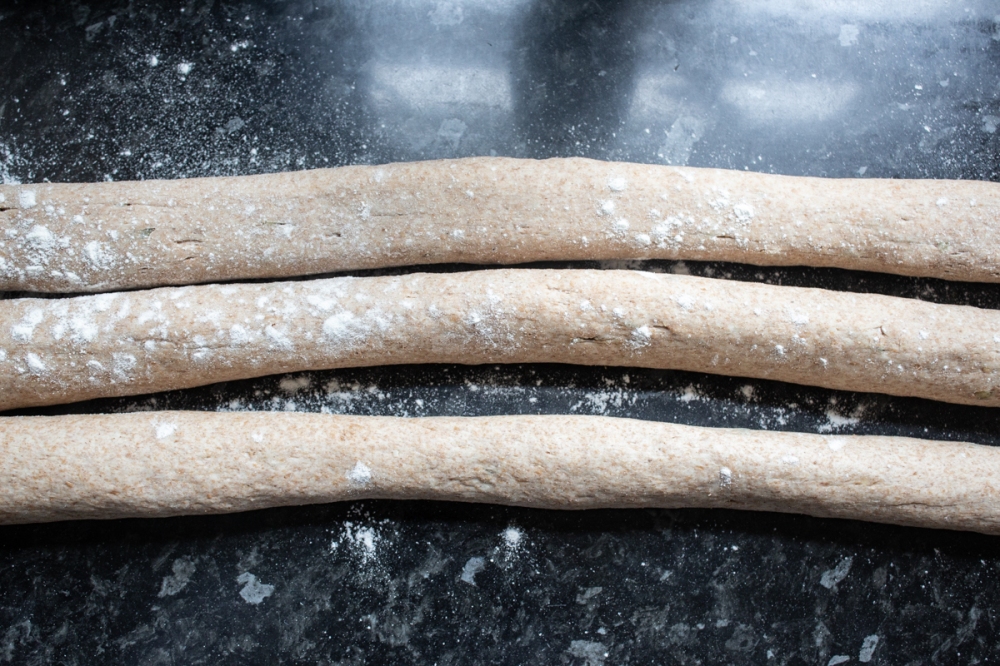 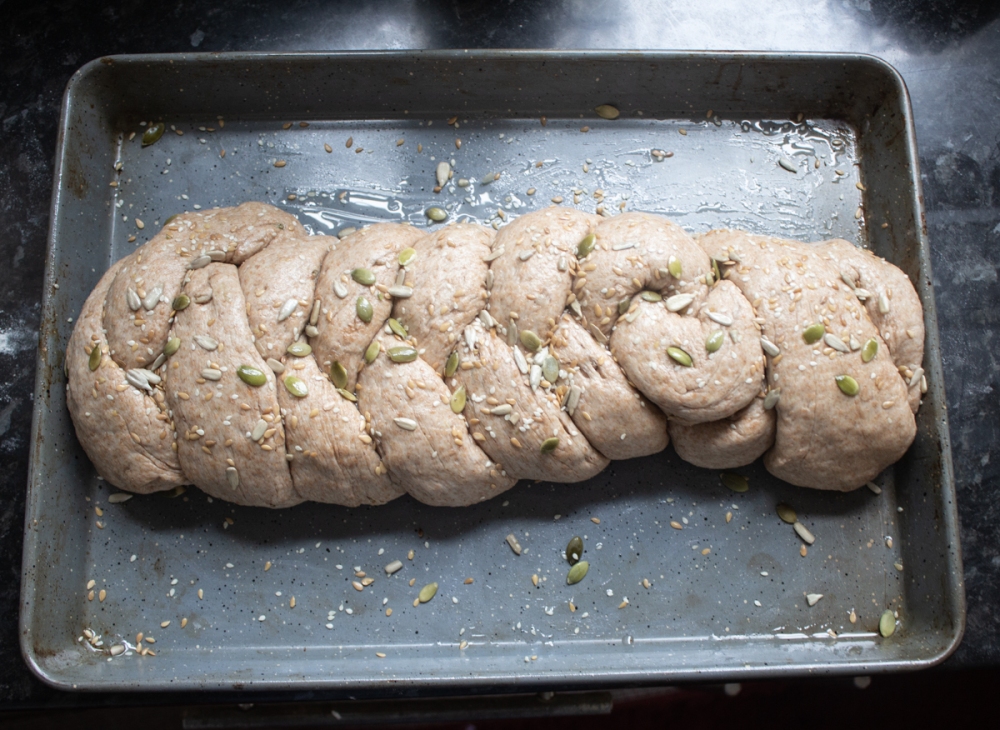 Clean out the mixing bowl and line with a little of the groundnut oil, then put the dough in a bowl and cover with a towel. Put in a warm place and leave for about 2 hours, until it has doubled in size.
After this time, bring the dough back to the floured surface and knead all the air back out of it. Divide the dough into three and then roll each piece out into long sausage shapes (see picture).

Oil a baking sheet and tuck one end of each rolled dough together at the end of the sheet. Now plat them, one over the other, until all the dough it formed into plaits. Tuck in the other ends again so that you have a rounded shape at each end of the dough.
Brush oil over the finished dough and then sprinkle the remaining mixed seeds over the top. Cover lightly with the towel again and prove for the second time for about 40 minutes.
While the dough is proving preheat the oven to gas 6/200C/400F.
Remove the towel from the dough and gently place the tray in the middle of the oven. Cook for 35 minutes, or until it is risen and browned and sounds hollow when you tap the bottom.
Turn the cooked bread out onto a cooling rack and allow to cool before serving. 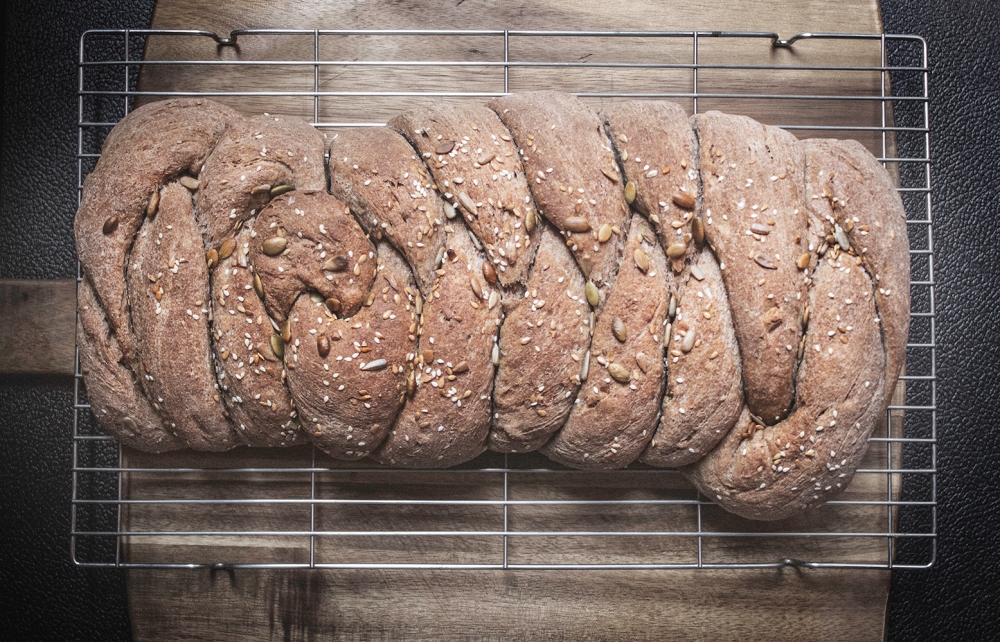